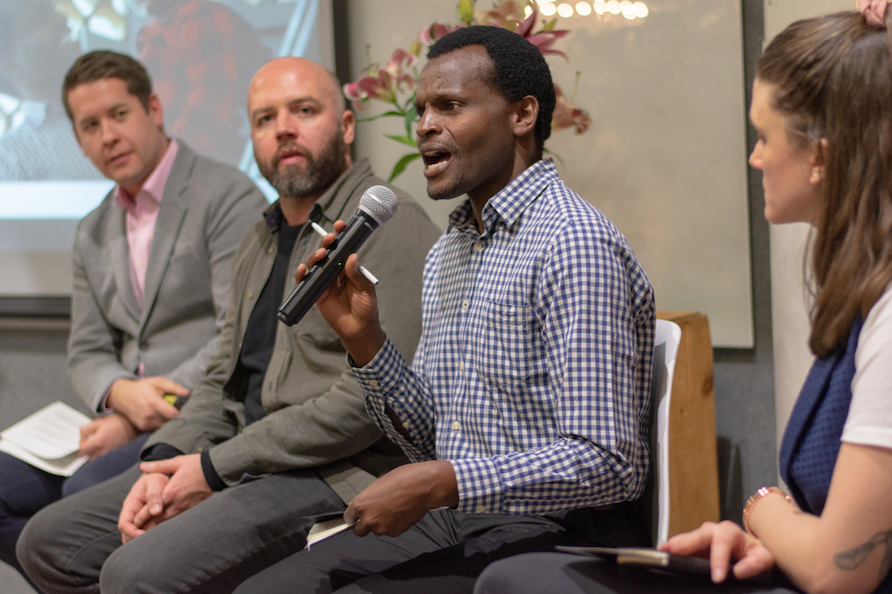 Peter Kamau jumps out from the crowd in most rooms he stands in with his infectious personality and ear-to-ear smile. When you meet him you might not expect to find out that from the age of three to 18 he lived with his five siblings in an orphanage in Kenya.

“I may come across as well established with a success in the advocacy work that I am doing,” Peter tells me, “but the reality is that I’m an exception and not the norm, the norm is that hundreds and thousands of children in orphanages and those that aged out of the system are struggling or have lost hope for life out there.”

Kamau founded the organization Child in Family Focus and is part of the advisory team at the  Kenya Society of Care Leavers – pushed by his desire to help those who found themselves in the same difficult place that he and his siblings were.

A Childhood Spent in an Orphanage: A Dream Which Never Came True

The Children’s Court ordered that his two eldest brothers be placed in a reformatory for boys in conflict with the law and his two eldest sisters in a similar institution for girls, even though none had any behavioral problems or action against them. Meanwhile Peter and his youngest sister were placed in a home for children with disabilities. “After losing our parents we were separated from each other for two years in very inappropriate facilities,” Kamau recalled, “contact with our siblings during these years was a dream which never came true.”

It would take a further two years for the six siblings to be reunited in one orphanage and even then the housing of children according to their ages meant that “interactions with my brothers and sisters was limited to weekends and field visits and on occasions during mealtimes.”

Sadly Peter says that this “separation and limited interaction with my elder siblings is still felt today – there is no tight bond with my siblings and it can take over six months before we check on each other. Our eldest brother’s suicide in the year 2007 was a wakeup call for me and my remaining siblings to look out for each other often.”

Aside from this Peter feels his years in the orphanage were a “bittersweet experience with a share of highs and lows,” yes he had peers to play with and engage in mischief but he tells me “a lot of this mischief was so that we could get attention, as any attention was better than none.” Being one of thirty children cared for by two house mothers who worked in shifts meant it was very hard to get the attention, love, and care as well as guidance that is needed for a happy and healthy childhood.

“We never lacked material things, the biggest lack was love and attachment from consistent caring adults.”

The Inspiration to Work for Change: Family is the Most Important Source of Love

Knowing what children growing up in orphanages really need is the love and care of a family inspired Peter to turn down a career in communications and instead return to work for nine years in the orphanage that he had lived in.

Peter remembered being a child in the orphanage and the impact that seeing his friends being introduced to foster and adoptive families had on him, “I kept hoping that I would be next, every time visitors came to the orphanage to visit or bring donations was an opportunity to be at my best behavior so that I could increase my chances of being loved and taken into a family.”

In spite of what he knew about the needs of the children separated from their families he says that “a lot of the referrals that we got were from the chiefs and leaders in the communities for children who had one or both parents still alive.” Poverty, not the loss of their parents was the primary cause for them to be in an orphanage.

Hopeland is a proud member of ReThink Orphanages, a global coalition aiming to change the way we care and bring awareness to the damaging reality of orphanages. This is how we came into contact with Peter who plays a starring role in the documentary film ‘The Love You Give’. You can watch and share the film here.

I asked Peter whether being involved in this project inspired him? “Definitely” he beamed back. “Because I got a platform where I could get the message to a bigger audience in the interest of vulnerable children.’’ What do you hope people watching the film will gain? “I believe that it will bring forth mindset changes that will give them a better understanding of the issue of orphanages and voluntourism.”

By having the chance to work with Kamau it became clear that his work and Hopeland’s has a lot in common. While Hopeland is a global non-profit finding better ways to keep children in families, Kamau tells me that Child in Family Focus has a similar mission “to uphold every child’s right to family based care and see a Kenya where Family Based Care for Orphaned and Vulnerable Children is the norm rather than a privilege.”

“What Hopeland and Child in Family Focus is doing as well as other organizations is a much needed job that is aimed at making a world of difference to children, it continues to be an inspiration for me.”

What Needs to Change: Would I Want this for my Child?

“We have the wrong perception,” Kamau preaches towards the end of our interview: “that orphanages have more to offer than children’s families.”

How can this be the case, I asked him? As he says in ‘The Love You Give’, poverty is an incredible push factor for separating children from families in Kenya and around the world. “It is not only material poverty,” he says, “sometimes it is a poverty of the mind of thinking this is the right thing to do.” It is Kamau’s mission, which he shares with Hopeland and the whole ReThink Orphanages coalition, to change this thinking.

Kamau is aware that the problem is especially pervasive however, “Kenya has laws that allow children to benefit from alternative family care such as foster care, guardianship, and adoptions. However, many unscrupulous orphanage managers and directors retain children in their facilities to attract donations and volunteers, in effect perpetuating harm on the children, perpetuating more separation of children from their families, and also perpetuating the mushrooming of these facilities.”

I had to ask him: what would he say to those still donating to orphanages? “I commend the donors for their generosity and commitment to care for vulnerable children”, Kamau begins. However, “I respectfully ask them to pause for a moment and take a retrospective look at individual children that have gone through the orphanages that they fund: can these children be accounted for as leading successful lives? The benchmark should be – would I want this for my child?”

A Reason to be Hopeful?

“A reason to be hopeful,” Kamau says, “is first and foremost there is momentum, there is a shift in the way people care for children. Many different countries are engaging in care reform efforts.”

Peter is a man of faith, in fact as soon as our interview ended he was hosting a fellowship group at his house, and he tells me that he takes hope from scripture, specifically Proverb 23:18 which says There is surely a future hope for you, and your hope will not be cut off.

“Even for the children growing up in the system today there is hope and it will not be cut off and thanks to organizations like Child in Family Focus, Hopeland, and Better Care Network, amongst others there is surely light at the end of the tunnel for these children, and not an oncoming train.” 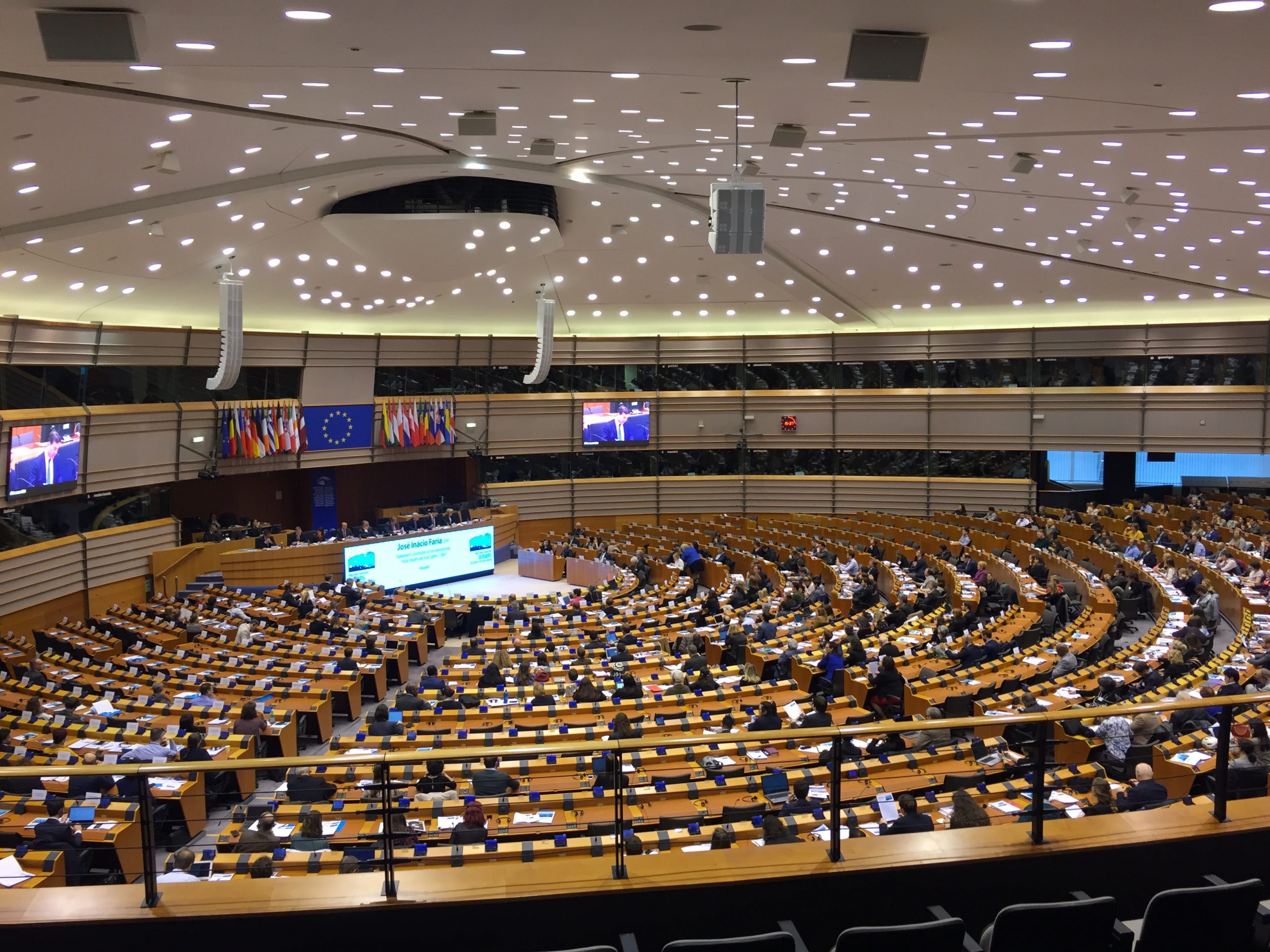 Hopeland’s CEO & Co-Founder, Nick Evans, recently had the honor of being invited to address the European Parliament on foster care and adoption policy in the digital age. He was joined by Thea Ramirez from Adoption Share who spoke about her organization’s ‘Family Match’ program which uses technology to make it easier for loving families to adopt or foster children whilst increasing placement stability and better outcomes for everyone.

McClarkin’s event, which was a forum to discuss how technology can facilitate connections in adoption policy in the United States, the United Kingdom, and the European Union, was attended by numerous Members of the European Parliament (MEP). These included Syed Kamall MEP (UK), Daniel Dalton MEP (UK), Baroness Nosheena Mobarik MEP (UK), Ulrike Trebesius MEP (Germany), Bernd Koelmel MEP (Germany), and Sean Kelly MEP (Ireland). Commenting on Twitter after the event, Kelly said that the speeches had highlighted “the importance of good childhood experiences and family life.”

As part of the event Evans and Ramirez gave a presentation entitled ‘Pioneering innovation for foster care and adoption: How big data and technology can drive better outcomes for children and families.

Evans used this opportunity to highlight impactful data about children separated from families – for example there are 25 million children globally who are separated from their families but a staggering 385 million more at risk due to extreme poverty. Further, it is a fact that more than 80% of children separated from their families have living parents and it is eight times more expensive to raise a child in an orphanage as opposed to a family. This ‘big data’ shows us that there is huge potential to relocate resources away from damaging orphanages and towards family based care – whether this is family reunification, adoption, or foster care.

Speaking after the event, Evans said, “It was a privilege to be able to address the European Parliament on this important issue. We have seen significant success around the world on supporting children separated from families, for example with the passage of the Modern Slavery Act in Australia. I call on the European Parliament to take action themselves to support family strengthening programs like those I spoke about today and ensure that every child has a safe, loving family.”