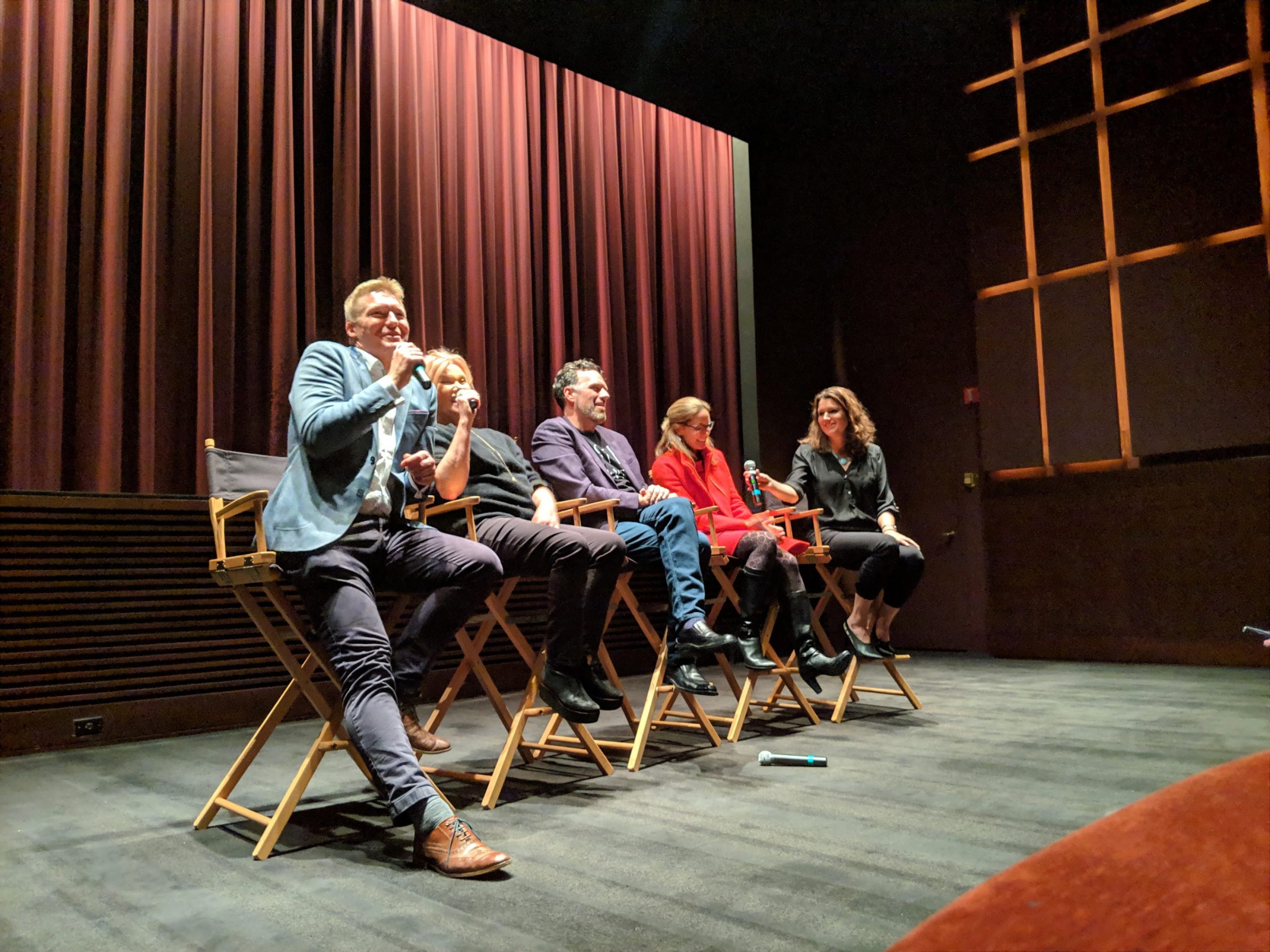 Hopeland is excited to announce that it has been working with Paramount Pictures to promote awareness of issues related to foster care, adoption, and reunification in the USA following the release of their new movie, Instant Family.

The movie is directed by Sean Anders and stars Mark Wahlberg and Rose Byrne and was inspired by the true story of Sean and his wife Beth’s journey of adopting three children and the trials and joys that came with it.

In conjunction with Paramount Pictures, Adoption Share, and MDC Productions, Hopeland hosted a screening of the movie in NYC followed by a Q&A with Sean and Beth Anders, Hopeland’s Co-Founders Deborra-lee Furness and Nick Evans, and Adoption Share’s Thea Ramirez.

As well as being a hilarious comedy the movie tackles difficult issues such as the trauma children experience as they move from foster home to foster home, the damaging effects that substance misuse has on families, the fear and rejection that children experience, and the difficult decisions courts have to make as they decide outcomes for children.

After the screening, Nick Evans said, “The movie powerfully tackles the subjects of foster care, reunification, adoption, parenthood, and what it means to be a family. I have not laughed and cried so much in a while!”

If you want to learn more about the making of the movie you can watch a featurette about Instant Family here:

You Can Be Part of the Solution 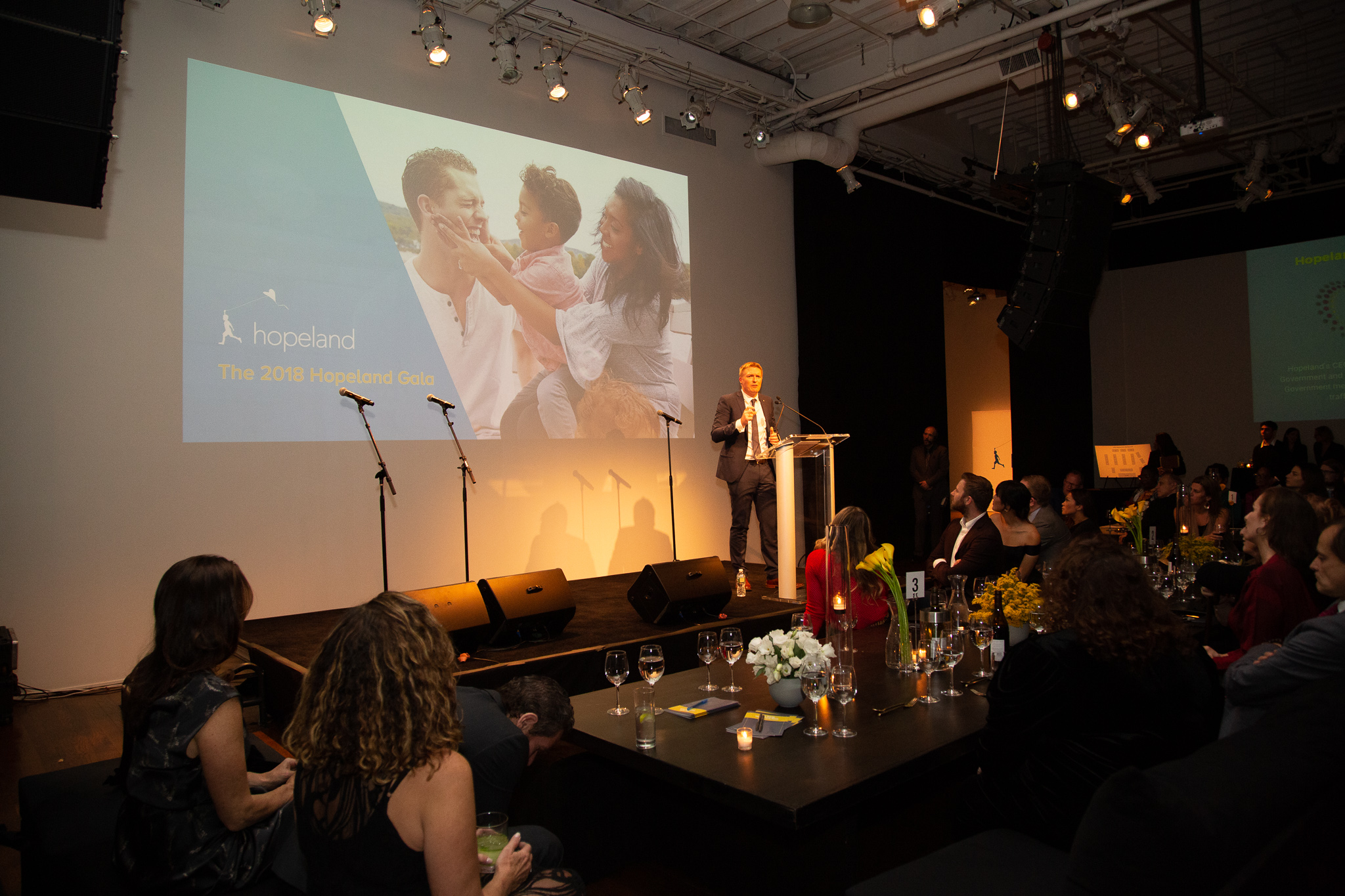 Have you ever had a situation that challenged everything you thought you knew? I had one of those when I met a young girl called Hannah in Liverpool, England.

I had just started working after completing my Bachelor’s Degree as a 22 year old drug treatment counselor. In this role one of my major, and most difficult, tasks was running police cell sweeps assessing the needs of children who had come into contact with the Police.

Hannah told me she had an older boyfriend. When I asked her a little more, however, it became clear that in fact it was a series of older men she was being passed between. After a comprehensive assessment it became clear that although Hannah was 16, due to some severe trauma she had suffered she had a mental age of 10 – and yet she was being trafficked, exploited, and raped by a series of men on a daily basis through the children’s home that should have been providing her care.

I came across many disturbing cases in this job but Hannah’s case particularly upset me. I knew I had to try to do something about it and so I raised it with my superiors. Having done so they immediately told me to drop it. Clearly there was no appetite to help Hannah. This attitude would never sit right with me so I raised it again, and again, and again, and always got the same response. I should drop this now or my young career would be ruined.

This episode taught me some uncomfortable, but important truths:

Children raised in less fortunate circumstances are much more likely to be trafficked or abused and need our help;

We must always challenge existing practices when they are wrong;

Powerful and haunting experiences like this one are what has led us to create Hopeland: children need someone to step up and fight for them so that they can have the safe, loving family they deserve.

I’m so pleased with the progress Hopeland has already made and I’m excited to share with you Hopeland’s 2018 achievements:

Hopeland’s first campaign ‘All Children Count’ has now received support from the UN Secretary General, Antonio Guterres, who has called for $1billion of extra funding to ensure all children are counted. The UN Foundation’s Global Mom’s Challenge also recognized our FAMILY campaign and called on its supporters to get behind our work.

Hopeland has also been at the forefront of several important partnerships this year, including ReThink Orphanages, Destination Family, and work with The Share Trust. I am also proud that my incredible Co-Founder, Deborra-lee Furness, again hosted the Global Citizen Festival with her husband Hugh Jackman in Central Park. Our new video featuring Deborra-lee also debuted at the Festival. I was also proud to see Deborra-lee recognized for her work at this year’s Tribeca Film Festival Disruptor Awards.

Our important advocacy work continued as we have connected the Australian and UK Government’s experts on Modern Slavery as we further develop our FAMILY campaign which has the goal of testing the impact of direct cash transfers and support services on female-led households in preventing family separation, increasing education, and reducing violence.

Hopeland also held its first ever Hackathon at the Boston Consulting Group’s NYC offices and partnered with Paramount Pictures on its new movie Instant Family which explores the reality of adopting and foster care in America.

All this progress makes me so proud to be the CEO of Hopeland and I am so excited for 2019. I’m sure, though, that you are wondering what happened to Hannah.

The story ended with me sat in a community center in Liverpool with an investigator interviewing one of the men involved in the ring that they had exposed. In spite of the threats to my career I persevered. Working hard to do what was right taught me this:

Just because you didn’t cause the problem doesn’t mean you can’t be a part of the solution. 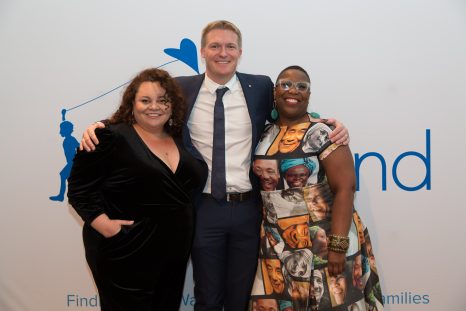 Hopeland’s 2018 Gala was a beautiful, and powerful, event bringing together some of NYC’s biggest hitters to hear how Hopeland is finding better ways to keep children in families while enjoying performances from Ari Afsar and Keala Settle.

The room was packed in spite of one of the earliest snowstorms in New York City’s history that brought six inches of snow and many downed trees.

The crowd heard from Dr Bertice Berry, the host for the evening, who’s powerful story of how she adopted her sister’s children to prevent them from ending up in the foster care system moved us all. This was of course not an easy task for her but she told the gala, “We have the power to make a difference in a child’s life – that’s why we’re here tonight.”

The first musical performance of the evening was from the up and coming artist Ari Afsar who is best known for playing Eliza Schuyler in the hit musical Hamilton. She performed ‘Dear Theodosia’ which was particularly apt for the evening as it is a song in which Alexander Hamilton and Aaron Burr speak to their children about their hopes for the future. The lyrics “If we lay a strong enough foundation, We’ll pass it on to you, We’ll give the world to you, And you’ll blow us all away”, speak perfectly to how children, with the support of a safe, loving family will thrive and do incredible things. This is exactly why Hopeland works to ensure every child has the support they need.

“Just because you didn’t cause the problem, doesn’t mean you can’t be part of the solution.” Hopeland’s CEO and Co-Founder, Nick Evans, used this call to action to rally those in the room to support our cause – based on donations on the night the call was heeded. Nick ran through Hopeland’s achievements in 2018 – read more here – and it is already looking like a great 2019 for Hopeland thanks to our many generous family members.

“Hopeland is about making sure every kid has someone that is fighting for them” were the words of Hugh Jackman as he introduced the star of the evening, The Greatest Showman’s Keala Settle. Keala spoke about what Hopeland means to her and then sang Mariah Carey’s ‘Hero’ and of course ‘This Is Me’ – the inspirational hit of 2018.

Keala’s incredible voice got the whole room on their feet and sent Hopeland’s supporters home with Dr. Berry’s mantra in their ears: “when you walk with purpose, you collide with destiny”. We all came together with the purpose of keeping children in families and thanks to our collision at the gala we have a stronger Hopeland family for 2019.